This is exactly what needed to happen and has officially happened! And Wuhan took it even a step further, the Chinese city is to become a ‘wildlife sanctuary’ where virtually all hunting of wild animals is banned… well, with the exception of measures for “scientific research, population regulation, monitoring of epidemic diseases and other special circumstances”.

But still, we consider this to be a huge step in the right direction.

Wuhan, the epicenter of the coronavirus pandemic announced the ban on May 20th, 2020, and as part of the ban, the city introduced stringent controls on the breeding of all wild animals, prohibiting any to be reared for food, CBS reported.

While the origins of the pandemic are still under investigation, one of the suspected sources is the Huanan Seafood Wholesale Market in the city which included a live animal section reportedly selling more than 30 species of animals including live wolf pups, golden cicadas, scorpions and civets. China closed the market in January.

Humane Society International’s China policy specialist, Dr Peter Li, said: “Wuhan’s ban on wildlife consumption is extremely welcome as a clear recognition that the public health risk of zoonotic disease spread via the wildlife trade must be taken very seriously if we are to avoid another pandemic.

There will however be no less severe of a disease risk from wildlife consumption in five years’ time, so anything short of a permanent and comprehensive ban is still a risk too far. Wuhan becomes the fourth city in mainland China to show such leadership, but we now need cities and countries across the world to step up to the plate and shut down the dangerous wildlife trade.”

1. “A blocked entrance to Wuhan’s Huanan market, where the coronavirus that can cause Covid-19 is believed to have first surfaced” 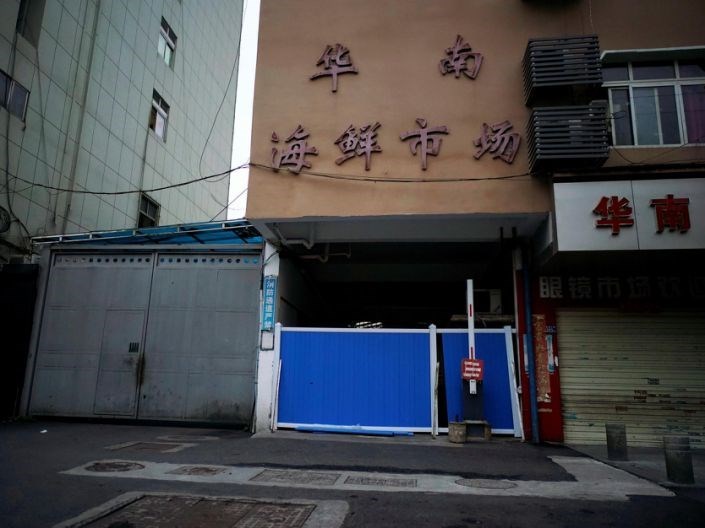 2. Bats in cages at the Wuhan wildlife meat market 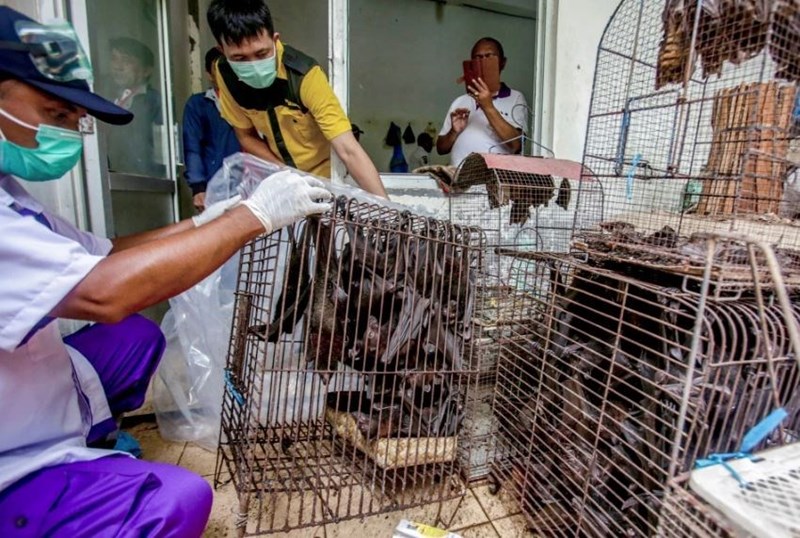 3. “Workers wearing face masks operate a barbecue at a market in Wuhan in China” 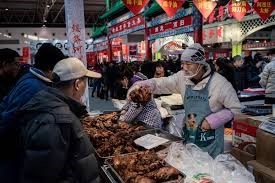 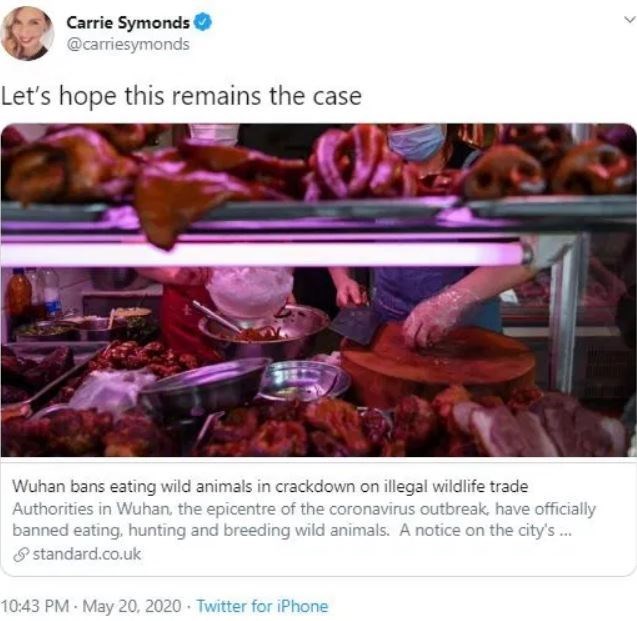 Search What You Are Looking For